What are the most common breast augmentation complications?

Breast augmentation is surgery, so there are real risks.

There’s always a risk that you can be too large or too small, which is why trying on sizers beforehand and having an in-depth discussion with the surgeon as to which breast size you’re interested in having done is important.

There’s also a risk of implant malposition – they can either be too high, or end up “bottoming out”. They can also end up too close together or too wide, depending upon how the pocket was created.

You can have changes in sensation to the breast itself, and/or to the nipple. When that happens it’s ususally transient, which means that sensation comes back, but sometimes it does not.

There’s risks of wound complications at the incision site. Exposure and infections are also possible.

There’s also something called capsular contracture. Every breast implant gets a scar capsule that forms around it. Most implant capsules are what we call Grade 1 – you don’t even know it’s there. Grade 2 capsules tend to be firm. Grade 3 is firm and distorted. Grade 4 is firm, distorted and painful.

Grade 3 and 4 are what’s considered capsular contracture. Sometimes we have to go back in and take out the implant, take out the capsule and then replace the implant. It’s not common when you go into the muscle – it’s actually very uncommon.

When you place the implant over the muscle it tends to be much more common, which is why we almost exclusively go under the muscle when we perform the procedure. 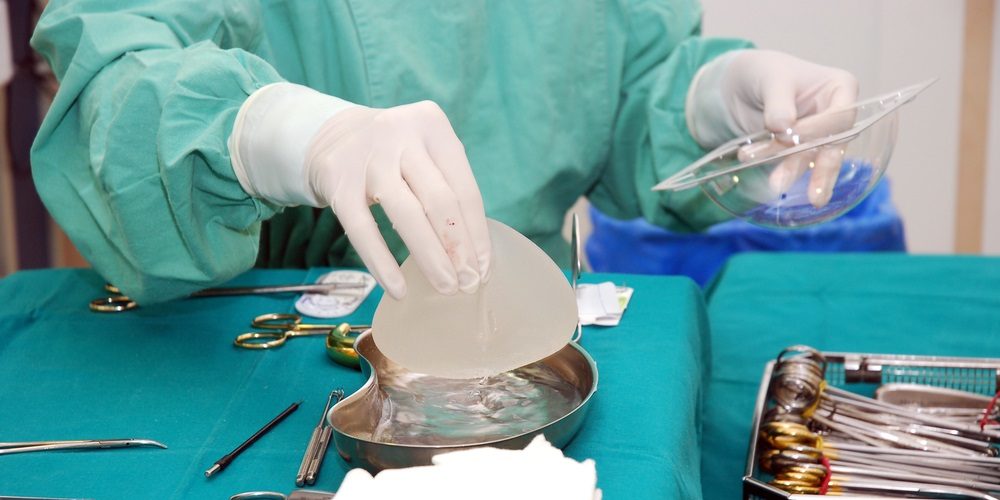 RELATED: Implant Placement — Over Vs. Under the Muscle

Which breast implants are the safest?

There are a few different kinds of implants. There’s saline-filled implants, and silicone-filled implants. Saline is just salt water, which makes up over 70% of your body. If the saline implant is ruptured it just dissolves – you’ll actually see it dissolve and get absorbed into the body.

Most women nowadays have silicone implants. They tend to look and feel more natural. The silicone we use  today, I would think about it more as Jello rather than jelly. If it ruptures it doesn’t leak out into the body. That being said, if it does rupture you’re not going to know it. If ever that happens, the most effective way of finding out is to get an MRI.

Breast implants they are the most tested devices in the history of the FDA, and have been shown to be entirely safe. However, there have been risks associated with something called ALCL (Anaplastic Large Cell Lymphoma) cancer, which can occur with both saline and silicone, and that’s really been associated with textured implants. When you take the implants out, ALCL goes away. That’s the biggest risk associated with implants.

How common is breast implant rupture?

The rupture rate is less than 1 percent per year, so in 10 years there’s a better than 90 percent chance that the implant will be intact. However, that doesn’t mean you should have the implants put in and just forget about it. After 10 to 15 years, patients should start thinking about replacing them.

There’s an FDA recommendation that if you get silicone implants, you should get an MRI after the first three years and every two years thereafter to evaluated for rupture. That’s just a recommendation, not a requirement.

Can breast implants make you sick?

The scientific data does not show a correlation yet or a causation between breast implants and BII. Whether or not that’s the case is still up in the air. Again, it’s the most tested device in the history of the FDA, but there are reports of patients who have had implants – both saline and silicone – and experienced symptoms of this that cannot be accounted for. Once the implants were removed the symptoms went away. These cases are very uncommon, but they have been reported.

Can breast implants cause chest pain?

In terms of angina chest pain (cardiac pain), the answer is no. However, you can get chest pain when the implants are placed beneath the muscle — you’re going to be sore from that until you recover. If you overexert yourself, usually in the first year, you might experience soreness in the chest because the muscle has been strained, kind of like a pulled muscle.

If you overexert your pectoralis muscle at any point after the implants are placed, you can develop a pain in the chest from that.

Can you do chest exercises after a breast augmentation?

We do not allow patients to do any chest exercises for the first three months after breast implant surgery. After that we tell them that they should ease back into it, and then they can resume their normal activities.

Can breast implants explode when you’re on an airplane?

No, breast implants will not pop or rupture as a result of altitude changes. Severe trauma – from a car accident, for instance, may cause the implant to rupture. But these are very structurally sound devices. They’re rigorously tested. The shells have evolved over the past 20-30 years to become very, very strong and resistant to rupture.

Can breast implants cause lupus or other illnesses?

There has been no causal relationship found between lupus or any other known autoimmune diseases and breast implants.

Breast implants do not cause breast cancer, lupus, or any autoimmune diseases. In fact, there has been a study that showed that women with breast implants are more likely to detect breast cancer, the reasons being that they are more in touch with their breasts, or that the implants make cancerous growths more palpable and noticeable.

The notable exception is ALCL, but ALCL is not breast cancer, it’s an extremely rare form of lymphatic cancer that’s associated with textured implants.